EBHS Puts On A Magical Play

The audience quiets as the house lights dim and stage lights glow. Audience members sit on the edges of their seats with anticipation, as the choir begins to play, and the red, felt, curtains open. Ryleigh Balazs, the narrator, encapsulates the audience, as she begins to tell the tale of an orphaned boy from New Mexico, who lives with his uncle Dave, and happened to arrive at Hogwarts, the same year as the infamous Harry Potter. 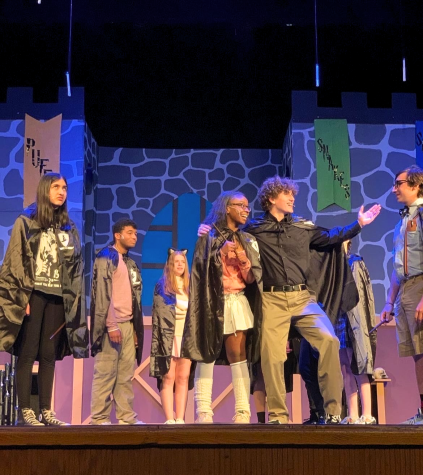 Puffs, an off-Broadway comedy, focuses on “anyone who has never been destined to be a hero” explains creator Matt Cox. Everyone knows the three heroes who dedicate their seven years at magic school to ward off evil and protect the lives of fellow wizards, but what about everyone else? This play focuses on the people behind the scenes, who live in the basement, next to the kitchen of Hogwarts, the Hufflepuff’s. On Friday, November 18th, the East Brunswick High School drama club presented their adaptation of Puffs.

Puffs offers an insightful view into the lives of high school students, or in this case wizarding students, who are navigating through their difficult years, attempting to determine who essentially they are, not only as wizards, but as people. In the mystical realm of Harry Potter, high school is quite the same, as it emphasizes the importance of relationships, personal identity, and of course popularity. Sammy Trechack, who played Oliver Rivers explained, that while “the play finds a lot of the funny in serious situations” it wholeheartedly effects EBHS’s audience members as Puffs attempts to break stereotypes and speak to its teenage audience members that everyone is a hero in their own story, even if others may not see it. Abby Perillo, who played Hannah in Puffs, believed that the “show really allowed for the audience to see character development” throughout the acts, following the main character Wayne and his friend group, as they navigate giant snake attacks, sports teams, the three wizard tournaments, and even the death of a dear friend. Head stage manager, Harshitha Bharghava even relates Puffs to the pandemic, as “in the beginning, there is a sense of discomfort between the puffs, which definitely translates to the tough year we all had transitioning from teams calls to being in person with others around you.” 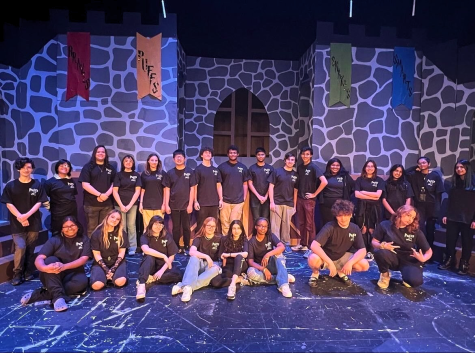 Cast and crew had a blast putting on and performing Puffs, whether it was painting the set, acting on opening night, or laughing with friends during rehearsals. For many members, who look to pursue theater in the future, viewed Puffs as the perfect closing to the fall season, and a step closer to the end of their high school drama career.