In spite of the delays and challenges that threatened the release of the latest Marvel movie, fans everywhere will be able to keep up with their favorite franchise once Black Widow hits theaters this November.

Scarlett Johansson’s long-awaited solo film is coming to theaters in full force this November, and there are mixed feelings surrounding it.

The Marvel Cinematic Universe has remained the world’s highest grossing movie franchise for almost a decade—and it shows no signs of stopping. With the release of box office shattering Avengers: Endgame in April 2019, many assumed that the MCU was close to writing its final verse. However, the writers and producers of the MCU have found a way to continue creating stories for these timeless characters. On November 5th this year, a Black Widow solo movie will hit theaters worldwide. Many fans have taken to social media to make their voices heard, demanding that the character get her own movie, and Marvel Studios has finally obliged.

Black Widow is certainly a character that has evolved over the course of the franchise. When she debuted on screen in 2010’s Iron Man 2, few, if any, would have thought she would become capable of carrying a solo film, even if she had an established reputation in the comics of the Marvel Universe. However, Scarlett Johansson managed to outdo herself with each passing performance, growing this “sidekick” into a truly intriguing and unique character. Thanks to Black Widow’s growing importance with each movie and Johansson’s stellar performance, people came to see that heroes do not need powers to be worthy of their own tales. 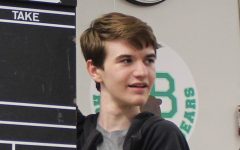 [The movie might] ruin the effect of her death and her being part of the big emotional climax of Endgame if she’s just thrown right back into the spotlight after she died.”

Most notably, Black Widow could symbolize a gradual shift towards the kinds of stories that the MCU has planned for the future. Junior Abhee Jani notes, “This movie is a great step towards bringing more solo movies to the original six.” Indeed, fans will be more satisfied as the MCU caters to popular demand, giving characters once deemed overrated more attention. Junior Ian Clark says, “I’m very excited for this, like any other Marvel movie. It looks generally very interesting and I’m excited to see the backstory for Black Widow, a character I honestly don’t know much about.”

Despite the hype surrounding the movie, there have been some concerns. Ian also mentions that since the movie will be released post-Endgame, it may “ruin the effect of her death and her being part of the big emotional climax of Endgame if she’s just thrown right back into the spotlight after she died.” (He also apologizes if he has now spoiled Endgame for anyone.) Ian expressed some disappointment that the movie was not “grounded” like a proper spy movie, and will be filled with CGI action. On a more positive note, however, Ian conveys his excitement at seeing Taskmaster come to life on screen, as he is “one of the most interesting Marvel villains.” He is also a “huge fan of Florence Pugh and David Harbour,” and is excited to see what they bring to the film.

Regardless of the mixed feelings towards this movie, Black Widow has certainly garnered much attention and excitement, and could be seen as a harbinger for a new era of storytelling. Fans everywhere will be able to see how their theories play out once it hits theaters this November. In spite of the delays and challenges that threatened the release of the latest Marvel movie, the MCU has proven its resilience once again and is certainly here to stay.