Promposals: Types of Couples at Prom

Asking "Will you go to prom with me?" is both a courageous power move and a nerve-wracking one.

Within the recent decade, promposals have evolved from just a simple question to include everything from decorated posters to red roses and a candlelit walkways. Of course, the ones with food are forever the most lovable in my book.

The growing trend is not without its criticism though, as some people believe that it is just another measure of popularity that creates the pressure for a teen to impress with a grand gesture. Some also argue that it puts too much pressure on the recipient to say yes due to the effort made. However, this is generally not the case, as promposals are more common for established couples than for people who are unsure of the answer they’d receive. This decreases the chance of embarrassment when a fancy poster gets rejected in public, or a date saying “yes” only to be nice. All in all, it’s without question that promposals spice up the lives of high schoolers all across the country.
With that said, here are some of the creative ways EBHS seniors are asking each other to the most anticipated dance of their high school years: 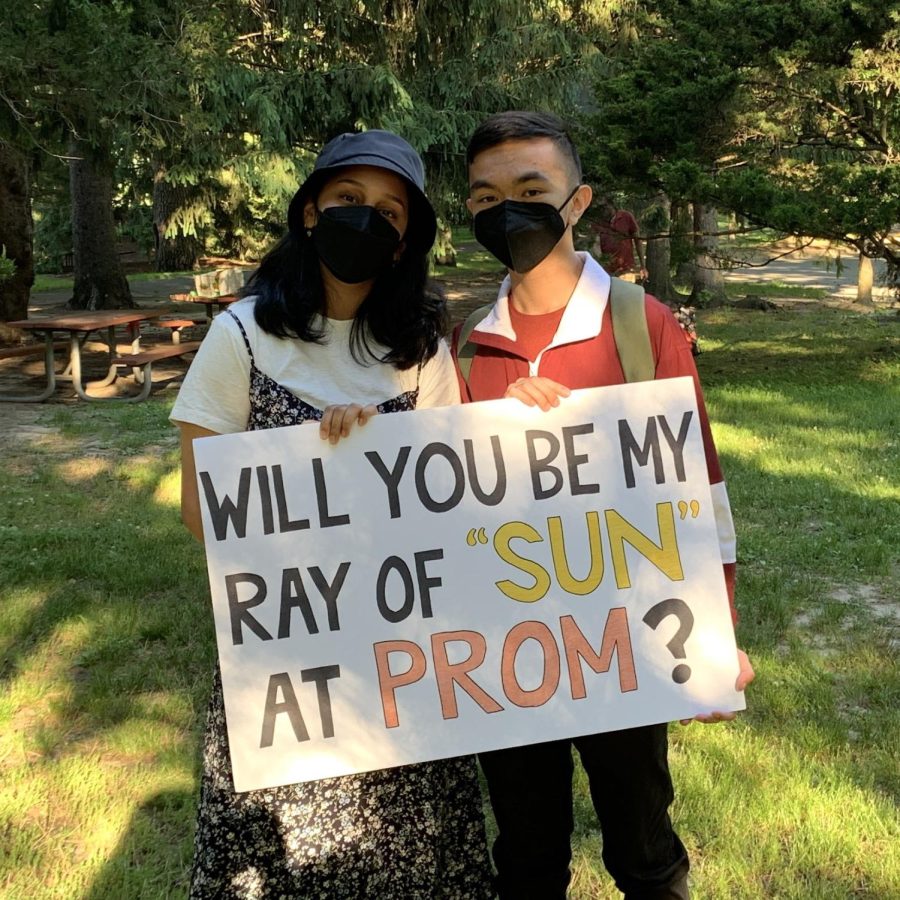 Gallery|8 Photos
[The "more than best friends" couple] This promposal could not be done without a sunny day and wingmen (and women) who were adept at doing their job. On the day of the promposal, Nico and everyone else who was in on the plan had to keep hiding things from Sun and lying about what they were doing. “Our friends kept trying to distract her by doing a photo op next to a garbage can” he said. Everyone knows that this is the most based scenery for photo shoots- especially one meant to draw attention.