A thrilling fantasy heist novel that you won't want to put down. 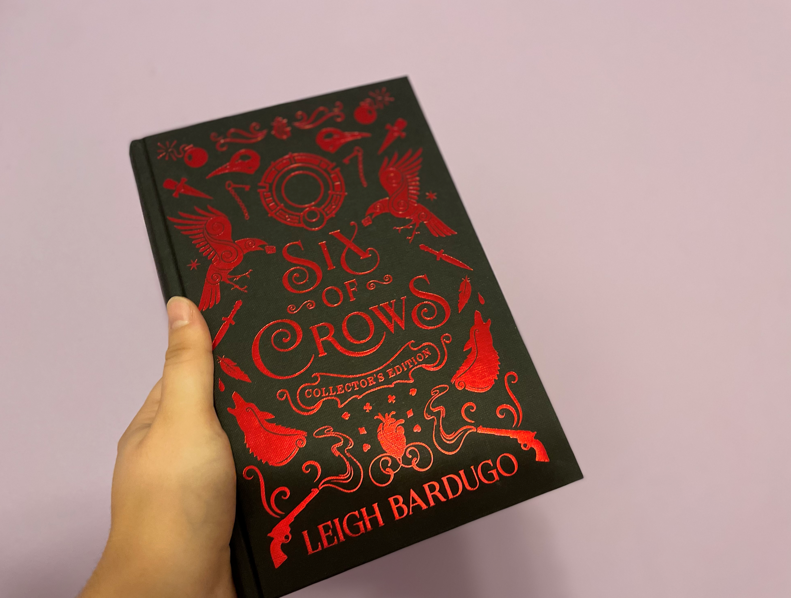 Six of Crows by Leigh Bardugo.

If you’re looking for a fast paced high energy fantasy heist story, then this is the book for you. Six of Crows follows the story of six misfits who take on an impossible job to break into the most impenetrable building in the world, The Ice Court. I absolutely loved this book and it has everything a lover of fantasy books wants. It is filled with the best tropes such as, slow burn relationships, found family, and my personal favorite, enemies to lovers. The author, Leigh Barduo, does a stunning job of creating an intricate and unique world and magic system. In fact, Six of Crows takes place two years after Barugo’s first series, Shadow and Bone, where her magic system is first introduced. Many readers recommend reading Shadow and Bone before Six of Crows, however, I don’t think it matters which one you read first. It’s totally up to you.

It was easily a five star read for me because of the incredible writing and plot. Not to mention it has a diverse cast of lovable yet flawed characters. With six protagonists, it can be difficult to make each character feel developed and distinguished in their own right. However, Leigh Bardugo does an astonishing job of creating characters that do not feel one dimensional. Each character has their own trauma and internal battles that they must fight throughout the course of the two books. Watching these characters overcome their internal struggles was so impactful, and these battles were only overcome once the characters learned to lean on one another. At the start of the series, the characters did not have much in common and struggled to work together. However, by the end of the books, they’ve become a family and learned that it is okay to rely on others. Bardugo writes a beautiful story about learning to overcome individual traumas and work as a team. While the heist aspect of the book allows for an exciting and suspenseful adventure, at the heart of the story is the relationships between the characters. Not only were the romantic relationships beautifully portrayed, but so were the platonic ones. For me, it was refreshing to see two characters care so deeply for each other in a non-romantic way. This book taught me the important lesson that not all battles must be fought alone. Even when things went wrong for the group, they never once gave up on themselves or each other. The Six of Crows Duology tells an incredible story, and it is one that I will always recommend.