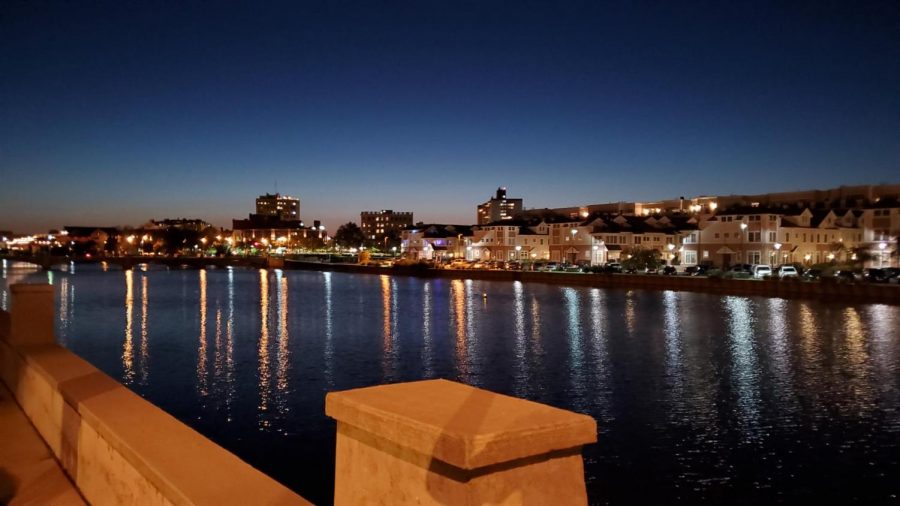 When I came back to New Jersey in 2019, I was very unfamiliar with the state as I had been in another country for around 10 months. I remember taking this photo of Asbury Park late at night, as it was one of the first places I visited upon my return.

Moving to a new town is no easy task. Here's my experience with it.

Moving from place to place has been a constant occurrence in my life. I was originally born in Iraq and lived there for 8 years until my parents brought me here to America, where I went from Piscataway to East Brunswick. However, in 2018 I returned to Iraq for a short period of time and came back to East Brunswick the following year. It’s safe to say that when it comes to moving, I know what I’m talking about.

This lifestyle that I’ve been living is not easy, and I feel that many other students can relate to the struggles of moving. It’s difficult being separated from a place where you consider home. What’s even harder is adjusting to the new area where you’re now living. Making new friends, getting used to the schools, getting acclimated with the new neighborhood, all tasks which are easier said than done. It’s a lot for someone who is moving to take in. What made the original move to EB for me so polarizing was the school system. The unfamiliar atmosphere and different type of scheduling didn’t help me adjust any faster. This was my first time going to a district which had a junior high school too. I found myself slowly drifting apart from my old friend group, and I didn’t fare any better in developing a new one here. As such, sometimes I felt isolated and instead of socializing with other students, I’d try to cling on to my previous friends and develop new ones on the web.

I heavily empathize with all of those students who are initially overwhelmed from the haul to East Brunswick. I felt the need to share and compile other people’s stories and struggles, so that future newcomers can learn from our hardships and have an easier time. As such, I embarked on a great quest. I decided to start a podcast and bring multiple students on–some new to EBHS, and some former EB students– to create a resource for newcomers looking to adapt quickly to their new school.

Moving in is no easy task, so this podcast was created to help newcomers! Come listen to Minatallah give her tips on how to assimilate into East Brunswick.

What does the humorous sophomore Jacob Aalampour have to say about his experience moving into East Brunswick? Listen and find out

Come listen to Therun's experience in moving from a private to a public school, as well as moving to different states!

Tune into the last episode of the Student Stirrings Podcast. For this occasion, we've brought along a special guest!

After talking with four of my friends and family who live in East Brunswick, here's what I found is most important about having a good new student experience.