A Day In The Life Of A Fasting Student

Get an inside look into the daily routine of a fasting student.

SUHOOR (SEHRI)
The day starts off in the early AM for suhoor- or sehri, as many people call it. Suhoor is the meal consumed by Muslims in the early morning before fasting. The goal of suhoor is to eat a mini breakfast so that fasting does not hinder your everyday responsibilities. For me, hydration is more of a problem than hunger- every morning, I have a few mini cucumbers and slices of watermelon, along with many glasses of water.
Each day, suhoor starts and ends a few minutes later. In general, it starts around 4:00-4:20 AM. After suhoor ends, fasting officially begins and it is time to pray fajr namaz.

NAMAZ (nuh-maaz)
Namaz is the prayers that Muslims complete five times every day. As mentioned before, Ramadan is about building a closer relationship with Allah, so prayers are extra important during this month. My dad always says, “Fasting without prayer is just starving yourself.”
But before prayers can begin, one must complete wudu. Wudu is both a spiritual and physical preparation for your prayers- it’s almost like a purification process. Wudu includes rinsing your arms, face, hands, feet, etc while performing dua, another type of prayer. Muslims believe that cleanliness- mentally and physically- is an important factor in becoming close with God, Without wudu, your prayers are invalid, and there are many things that can break your wudu, such as using the bathroom, passing gas, sleeping, and light bleeding. If your wudu accidentally breaks during namaz, you must re-complete wudu and start your namaz over.

Fajr (fuj-ur)
Technically, the Islamic day begins at sunset, so fajr would be considered the third prayer of the day, but starting from midnight, it is the first prayer. Fajr, meaning dawn, is usually in the early morning around 5:00-6:00 AM, but times can vary. It is the shortest of all the five prayers.

Zuhr (zo-har) and Asr (asar)
Zuhr refers to midday prefers, after the sun passes its highest point. This can usually be completed around 12:00-1:00 PM, around lunchtime. Zuhr usually ends around 3 PM. Asr refers to the later part of the afternoon, ending around 5:00-6:00 PM. Shia Muslims allow for Zuhr and Asr to be completed together, right after one another.

Maghrib (Mug-rib)
In an Islamic day, Maghrib prayer is technically the first prayer. Maghrib refers to sunset prayer, and for fasting Muslims, this is when we finally get to break our fast. Many believe that Maghrib is the most meaningful prayer and it is a terrible thing to miss it. For Shia Muslims, Maghrib prayers also have a limited time window, around 5-10 minutes.

Isha (ish-aa)
Isha prayer, called the night prayer, can be completed right after Maghrib according to Shia doctrine, although the window lasts until midnight.

IFTAR
Iftar is the meal that Muslims eat after sunset to break their fast. It is one of the most significant points of the day during Ramadan. Traditionally, to break their fast, Muslims will eat a date and drink water. Then, many families have a large spread of dishes from all different food groups. One of my favorite things to drink during iftar is rose milk.
My family has been so lucky to receive food from the mosque in East Brunswick almost every night, along with our own mini dishes on the side.

With the next chapters, I’ll be sharing some simple recipes that my family and I have made during Ramadan. Stay tuned! 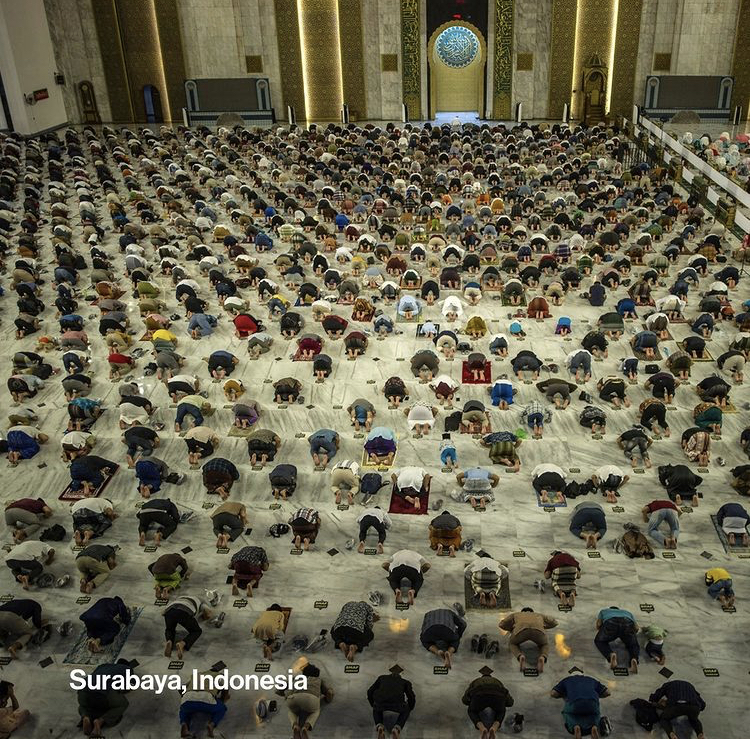 Gallery|5 Photos
Take a look at these photos of Ramadan celebrations from all over the word, via Vice World News
Leave a Comment