Is a hot dog a sandwich? Bear Hub sets to find out.

How do you go about answering this philosophical question? It would seem that the first step is to define what a sandwich is.

Merriam Webster seems to think yes. “Given that the definition of sandwich is ‘two or more slices of bread or a split roll having a filling in between,’ there is no sensible way around it,” says a blog post from the dictionary’s website. “When it’s served in the roll, it’s also a sandwich.”

Along the same lines, the U.S. Department of Agriculture has always defined sandwiches as “consisting of two slices of bread or the top and bottom sections of a sliced bun that enclose meat or poultry.” Following these definitions, it would seem logical that a hot dog—a split roll with a sausage in between—is in fact a sandwich.

And yet, students are still divided on the slightly arbitrary, seemingly pointless definition of a sandwich. Senior Leewon Park says, “You just know it when you see it. Hot dog bun equals sandwich. I can’t tell you why; it just is.”

Others were more scientific in their conclusions, like alumnus Joe Ham, who created criteria for determining sandwich status, including: outer layer of the food item being bread, a roughly circular or rectangular shape, and ingredients that are visible from the side. Two of these three criteria must be met in order for a food item to qualify as a sandwich, and by these standards, he argues, a hot dog is not.

Answers were no clearer from a survey of 100 EBHS students. 52% of students responded that a hot dog is a sandwich, while the other 48% disagreed (which was just as likely to have been 48/52 if we had collected ten more responses). Participants were oftentimes confused by the question, telling me they’d never considered it and genuinely had no idea. Seeing as there was no “I don’t know” option, this meant, of course, that they would spend unreasonable amounts of time staring at my Lenovo device and weighing the question as I awkwardly waited to solicit opinions from my next victim. 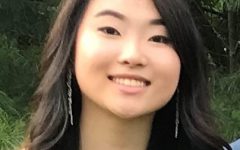 You just know it when you see it. Hot dog bun equals sandwich. I can’t tell you why; it just is.”

Others are more critical of the pro-sandwich arguments put forth by the majority of the media. After Oscar Mayer (which was tied for the best-selling hot dog brand in America) publicly declared that hot dogs are in fact sandwiches, it opened up a hotline for consumers, whose responses were then retweeted on Oscar Mayer’s Twitter page of over 37.5k followers.

Senior Arjun Deepak says, “It’s a marketing scheme. Oscar Mayer and all the chefs and celebrities in the world can say it’s a sandwich so they can create controversy and interest, but I will always know that a hot dog is a hot dog and nothing else.”

The National Hot Dog and Sausage Council (yes, it’s a real thing) just as passionately defends the unique classification of the hot dog, noting its impact on American history and its open bun that sets it apart from the sandwich.

“A hot dog is an exclamation of joy, a food, a verb describing one ‘showing off’ and even an emoji. It is truly a category unto its own,” says the council. Whatever you believe, hopefully we can find common ground on this surprisingly controversial issue by appreciating the delicious, undeniably American icon for what it is, hot dog or sandwich.