Did you know that EBHS has their very own robotics club? 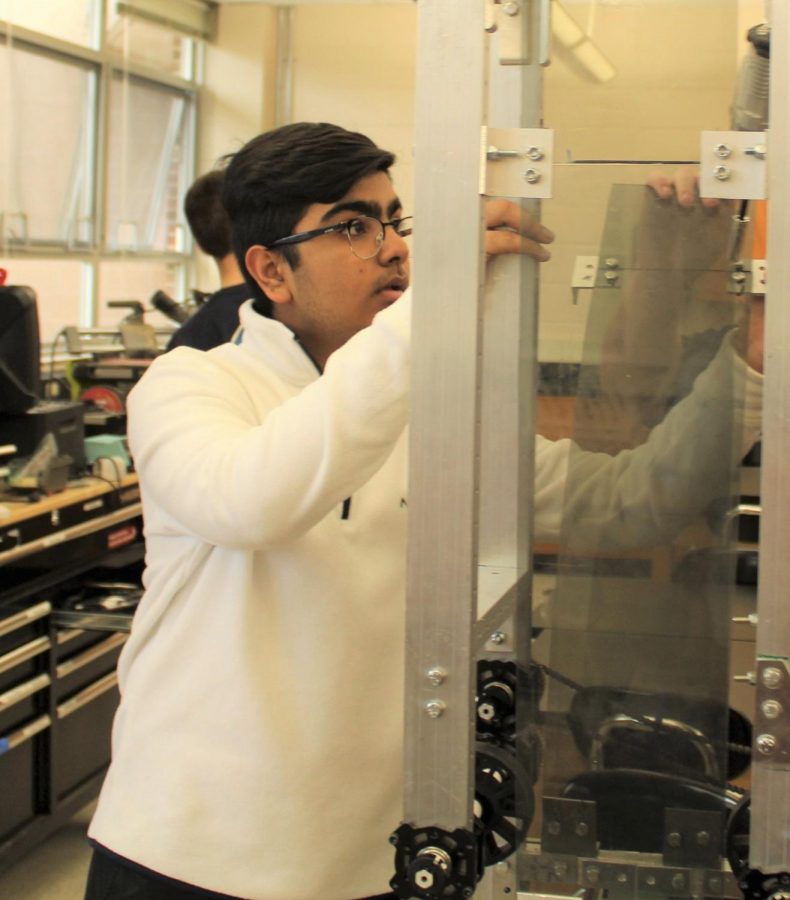 Robotics, the branch of technology that deals with the design, construction, operation, and application of robots. Did you know that EBHS has their very own robotics club? The club is run by Mrs. Anderson and Mr. Vendome. They meet a few times a week to try and get their robot challenge ready. Each year there is a game that is released by a company called First.  The company gives out a series of challenges that a robot has to carry out. The club works relentlessly to build their robot in time. A student in the club Aneesh Save, tells Bear Hub that one of this year’s challenges is to “shoot the yellow ball into [a goal] using machine vision.” There are many more exciting challenges along with that one.

Half of the students are busy with power tools and metal pieces while the other half of the students work on coding for the robots. Power drills turn on and off and hands type on keyboards. The students in the club aren’t afraid to ask questions or get help from each other at any given time. They are a close group who want to help each other get better at building and coding. The club likes to have fun at their meetings; they joke around but they still pay attention to their projects of course.

The club meets during the week, and on Saturdays they go from 8-4 perfecting their creations. They hope to win the competition at this year’s upcoming event so come out to support the club in their race to victory!